Prior to the introduction of IRS Section 179, a company was forced into depreciating its capital expenditures over a number of years, a Section 179 tax deduction allowed for a 100 percent write-off of the asset in the same tax year that it was acquired, all of which was subjected to certain limitations. Most small business owners took full advantage of this provision in the tax code as it provided them with additional cash that could be spent in hiring more people and growing the business.

Let’s assume for the moment that you needed to replace your outdated computers and computer software. Every unit purchased would be subjected to a depreciation schedule, meaning only a certain amount could be written down annually until it was fully depreciated, perhaps five years or more. Section 179 allowed the same business to write off all of its purchases of computers and off-the-shelf software in a single year. This section of the IRS tax code does not increase the amount that can be deducted over the life of the asset, but it does allow the deduction to be taken in a single shot.

Why was Section 179 created?

The US government created Section 179 to add incentive to companies to invest in themselves; which in turn would stimulate a dormant economy. Section 179 was at times frowned upon by many because it created a tax loophole that allowed for the purchase of expensive SUVs and similar automobiles. This loophole was quickly closed.
Small and medium businesses are in a better position to realize the inherent value of fully depreciating an asset in the same year it was purchased; companies are now able to add machinery, office equipment, and software when it was needed and to depreciate fully it, taking the subsequent tax deduction, which leaves more money available to buy more equipment. Before the introduction of the Section 179 tax deduction, companies would often wait years to purchase new equipment that indeed would benefit them.

What are the limits?

In 2013 any new or used qualifying property with an aggregate value of $500,000 was eligible for Section 179. In years where the company had no income to offset the Section 179 tax deductions, it is still possible to carry forward the deductions into future years where they can be utilized. Since the inception of Section 179, the IRS has changed the deduction limits depending on the incentives Congress deemed necessary. In 2014 the maximum 179 deductions will revert to $25,000.
There are many limitations and stipulations regarding Section 179, which are not addressed in this blog. For additional information, please seek advice from a tax professional. 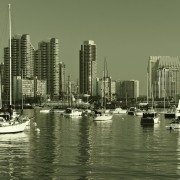