Energy efficiency is all the buzz these days, especially when it comes to businesses. Lots of companies want to be known as green, sustainable, energy efficient, environmentally friendly, and so on. On top of that, businesses can receive incentives and deductions for implementing energy efficiency measures besides saving money on their energy costs. With all the positives involved in going green, it’s a win-win for any business.

Do you know what some of the major energy-efficient companies in the US are? Many companies achieve ENERGY STAR certification, and some are gradually increasing energy-efficiency measures to work toward that goal or other certifications, such as LEED. Regardless, a business that works to make its operations greener or more sustainable should be recognized. Let’s take a look at 10 of the most energy-efficient US businesses.

Are you surprised to see Wal-Mart at the top of the list? You may have noticed Wal-Mart making changes in recent years, such as building solar canopies in parking lots to provide shade while generating clean energy. As one of the largest companies in the nation, the retailer has the potential to save a large amount of money while benefiting from green energy practices. According to businessman Peter Peterka, they also have also implemented additional measures such as LED lighting and energy-efficient appliances for store operation. The company plans to increase solar energy production in stores by 2020.

San Francisco-based hardware company Cisco Systems has also implemented energy efficiency measures in recent years. Besides reducing its supply-chain energy consumption, the company has 100 percent of contract manufacturers reporting to the Carbon Disclosure Project. Clean energy is clearly important to Cisco as a business, as 96 percent of their products are manufactured with the environment in mind, and the power in their facilities is provided by sustainable sources, such as solar and wind.

Cupertino-based Apple has made such a large commitment to sustainable energy and the future of the environment, they not only aim for ENERGY STAR standards but ensure that they surpass them. One hundred percent of both Apple’s data centers and operations are powered by sustainable energy. Also, all Apple products exceed the ENERGY STAR requirements for efficiency. The company is constantly improving as well; the current iMac computer is 97 percent more efficient than its trailblazing counterpart.

NYC-based Citibank holds rank as both one of the largest and one of the most energy efficient US companies. The financial institution takes measures to improve efficiency in their buildings as well as creating financial options to fund renewable energy improvements for others. A partnership with Kilowatt Financial helps homeowners upgrade fixtures, windows, insulation, etc. in order to improve their homes while they set the example by upgrading to a higher efficiency in their own facilities as well.

CA-based grocery chain Albertson’s was an energy efficiency pioneer, proclaiming that they had already saved 1 billion kW in energy by the time other companies were getting around to saying they were interested in looking into upgrades. In 2010, every store received energy upgrades such as efficient appliances, HVAC systems, coolers, LED lighting, etc. One store in particular, the Claremont location, has a fuel cell that generates 90 percent of the store’s energy.

JPMorgan Chase and company have upgraded their energy measures to the point of achieving LEED certification—and the headquarters boast a Platinum Certification, the highest level possible. The banking institution is committed to contributing to a more sustainable economy worldwide while helping to reduce the social and environmental risks that exist. JPMorgan Chase and company consistently purchase renewable energy certificates and have installed photovoltaic arrays that can generate up to 1 megawatt of sustainable power.

While Philips Electronics was founded in the Netherlands, it has been in the US for many years and has committed to energy efficiency throughout the corporation. Besides making their buildings energy efficient, the company has developed efficient products such as an LED lamp that uses half the energy of a regular LED lamp. The US branch has also committed to using 100 percent renewable energy for its operations, planning to purchase 250 million kWh over the next 15 years.

The famous Seattle-based coffee chain Starbucks has become one of the leading energy-efficient US companies in recent years. The company installed new energy management systems in over 4,000 stores throughout 2015, reaching their goal of reducing energy consumption by 25 percent that year. Overall, the company’s facilities use approximately 70 percent sustainable energy that largely comes from wind power, in addition to implementing several other efficiency measures throughout their facilities.

NJ-based Samsung Electronics is one of the largest green energy users and advocates in the US. The company makes it a priority to implement energy-efficient technology and devices across the board. Samsung also purchases green energy credits for their US organizations every year, and the company has won ENERGY STAR awards as well as recognition from the Environmental Protection Agency (EPA). Samsung is also one of the leading developers of ENERGY STAR appliances in the country.

Grocery chain Safeway is another of the country’s largest chains and is also one of the most energy efficient. Safeway is able to implement clean energy in many of their stores, achieving LEED certification in some and working gradually to achieve certification in every store throughout the country since 2009. As one of the largest purchasers of sustainable energy in the nation, Safeway is paving the way for other large-scale retailers and providing a good model to follow.

As the list of energy-efficient US companies grows ever longer, the ones who have set the example for renewability and sustainability cannot go unnoticed. Other companies must recognize the commitment these businesses have made and pattern their facilities after the models, preparing for a brighter future in energy. 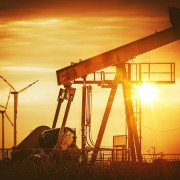 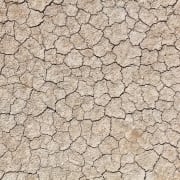 Which States Offer the Best Solar Incentives?
Scroll to top