Blog
You are here: Home1 / Blog2 / Solar Power3 / Wind and Solar Power could Supply the US

If we want to defeat climate change, it would be primordial to move from fossil fuel energy to clean and renewable energy. The most important sources that seem to have more potential to achieve this goal are wind and solar power.

It is sometimes difficult to imagine how these two sources can really work, mainly because they fluctuate in both space and time and it is also known that solar panels work well during the day, but they do not function so well at night. On the other hand, wind turbines just send electrons when the wind is blowing.

Although the two sources of energy fluctuate, they do it in a way that they complement each other. For example, solar power generation is highest during summer and lowest in the winter. On the contrary, wind power is greatest in the spring and fall. Another compliment is that wind turbines work at night when solar panels are dormant.

According to the U.S Department of Energy, solar power generation grew 40.5% in 2017 over 2016. What is more, the amount of growth in electricity from sunlight represented over 1.9% generated in the United States in 2017. In comparison to the electricity generated during 2015 which was just under 1%, it shows that solar power generation tends to double over the course of two years.

Currently, because of the solar power growth, the total electricity generation has fallen around 1.5%, and coal energy has fallen less than 30% of the total. By 2017 electricity from fossil fuels was down 5.3% approximately.

Plus, wind and solar electricity together generate 8.2% energy. Besides, there is no source of power growing as quickly as the solar. If this change continues growing like this, the U.S. will get more than 5% of its electricity from solar in 2020.

A recent paper published in Energy and Environmental Science Journal, the authors analyzed 36 years (1980-2015) of available wind and solar power in the US. They also included the electrical demand and its variation.

After the recollection of data, two possible scenarios were stated. The first scenario was seen as wind and solar installations that would supply 100% of the US electrical needs.

The second one was imagined as the installations would be over-designed; capable of providing 150% of the total U.S. electrical need.

The authors analyzed these two scenarios with different mixes of power (solar to wind).  Besides, the effect of aggregation area, that is to say, what sized regions are used to generate electricity was included.

It was concluded that with 100% power capacity and no mechanism to store energy, a wind-heavy portfolio would be better and using large aggregate regions is the most suitable option. Furthermore, it is possible to supply about 75-80% of US electrical needs. If the system were designed with excess capacity, the US might fulfill around 90% of its energy needs with wind and solar power.

These type of systems might generate more power than what it is used so it would be possible to store this energy for later use, such as night use. Power can be stored in many ways for example in batteries or by pumping water into elevated tanks from Frac Tank Rentals and then letting the water to fall at night and turn a turbine.

It should be important to remember that this research was focused on solar and wind power. However, if other sources such as hydroelectricity, biofuels, or even nuclear power were included, it would be relatively straightforward to reach 100% clean energy.

What is more, Americans are learning to use energy more carefully by using more efficient products or purchasing electricity during off-peak hours. With products like the Semprius.com portable solar power generator becoming market ready and affordable, the American people finally have green choices opening up for them. These significant changes can help the country to reach a 100% clean energy target.

The general conclusion is that it is achievable to use clean energy to power a whole country or maybe a group of countries and it is totally worth it to give it a try and improve our lives and the environment as well. If you think this article is useful and you have some comments or questions to provide, you can visit our webpage or сontact and get special offer with our  partner which provides “prestamos personales sin buro de credito y sin comprobante de ingresos“. We are willing to help you with this matter or any problem that you come across. 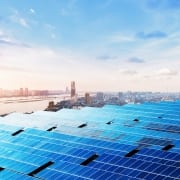 The Future of Energy Consumption
Scroll to top