The House just passed a one-year extension of the tax extenders package. The Tax Increase Prevention Act (HR 5771) was introduced by GOP leaders late on December 1, 2014 and was just passed by the house on 12/3/2014.

Once adopted by the Senate and signed into law the House bill will extend the now-expired incentives through 2014. HR 5771 includes the familiar laundry list of extenders: state and local sales tax deduction, research tax credit, New Markets Tax Credit, Work Opportunity Tax Credit, as well as energy efficiency incentives such as the 179D Tax Deduction and 45L Tax Credit. The bill would also extend bonus depreciation at 50% (percent). Additionally, a 15-year straight-line cost recovery for qualified leasehold improvements, qualified restaurant building improvements, and qualified retail improvements would be extended. The House Ways and Means Committee estimated the cost of HR 5771 at $44.7 billion over ten years.

During a meeting with The House Rules Committee on December 2, 2014, Rep. Sander Levin, D-Mich, said that House Republicans pushed in 2014 to make permanent some provisions. “Left behind was a whole series of provisions important to working families and small businesses,” Levin said the one-year extension “avoided this plan.”

It is expected that the Senate may go along with the one-year extension of the extenders, but there is still a small window of opportunity for House and Senate leaders to negotiate a longer-term package. For the time being an extension longer or shorter is welcome by the business community and opening up the use of 179D Tax Deductions will reward companies who through uncertainty continue to make energy efficient improvements to commercial and government-owned buildings. 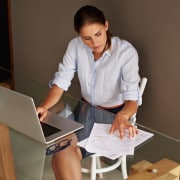 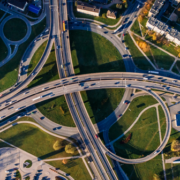 Business Owners Can Be Optimistic About 179D Tax Deductions