What is a Section 179 Deduction Credit?

While the public image of the Section 179 deduction is that it is some overly complicated tax code, you’ll find that it’s quite simple. In a nutshell, the IRS code’s Section 179 tax deduction permits companies to subtract the whole buying price of particular pieces of machinery or software bought or borrowed during an annual tax period.

So if you purchase or rent any approved equipment, you’re able to subtract the total buying price from your gross annual earnings. It’s essentially a tax bonus developed by the federal government to motivate companies to purchase equipment and be self-sufficient.

In the past, Section 179 was also known as an SUV or Hummer “tax loophole,” since many companies have applied this particular tax code to write off the purchase of qualifying vehicles at the time such as SUVs and Hummers. However, that specific advantage of Section 179 is significantly reduced these days, as there are now some limits on company vehicles.

Section 179 is currently among the very few benefits found in the latest stimulus bills that help small business owners to be more energy-efficient. While big companies are also rewarded by Section 179, the initial goal of this code was to provide invaluable tax cuts for small enterprises, and many thousands of them are now using it and obtaining real gains.

Section 179D is one section of the code that encourages green building by companies by providing tax deductions for high-efficiency constructions, which includes both new and renovated buildings. You can save as much as $1.80 for each square foot of property, depending on the construction costs. These green building measures can be applied to one of three major construction types:

How Exactly Does Section 179 Work?

Even though this type of extended write-off is better than nothing, most companies would probably rather write off the whole sales price during the tax year in which they purchase the equipment. In reality, if companies were able to write off the whole price at once, they may be more likely to purchase machines that increase their level of green living later in the same year rather than waiting for several years.

This is the primary goal of the Section 179 tax deduction, to encourage American businesses (and the economy as a whole) to maximize efficiency by adopting green living practices. For many small companies, all of their purchases that total under $500,000 may be written off on their 2016 tax filing.

What Are the Limitations of Section 179 Deductions?

What Is the Criteria for a Section 179 Reduction?

Any business that buys, rents, or finances under $2,000,000 in either used or new company equipment in the 2016 tax year should be eligible for the Section 179 deduction. Almost all tangible products like software programs and company vehicles are qualified for the deduction, although there are a few restrictions. Additionally, to be approved for a Section 179 deduction, any purchased or leased company products have to be actively used during January 1st to December 31st of 2016.

How is Section 179 Different From Bonus Depreciation?

The main difference between them is that both used and new products are eligible for a Section 179 tax deduction, whereas bonus depreciation only applies to brand-new equipment. Also, bonus depreciation is only available during certain years. At the moment in 2016, it’s available at a rate of 50%, which means that all purchased equipment has to be in operation for business use over 50% of the tax year to be eligible for a Section 179D tax deduction. You just multiply the equipment costs by the percentage of time they’re used for business purposes to determine how much money they’re qualified for under Section 179.

Bonus depreciation is more suitable for large enterprises that spend more than the $2,000,000 value cap in Section 179 for new equipment. Also, businesses that have a net loss are also entitled to deduct at least a portion of the expenses for new business equipment to help them mitigate their losses. Whenever these deductions are used, Section 179 is usually applied first and then bonus depreciation, providing the company has no profits, since a profitless business gets to bring their losses over to future tax years.

If you want to know more about how the 179D tax deduction can reduce your energy costs, you should enlist a professional consulting company like Walker Reid Strategies to guide you through the filing process. You need a firm that meticulously documents your energy usage and advises you accordingly by scheduling a consultation, performing a lot inspection, and computing your level of energy efficiency with cutting-edge statistical software. Walker Reid is here to counsel you on the best methods for getting the most out of your 179D tax deduction and to lead you through any paperwork you have to complete to receive the deduction. 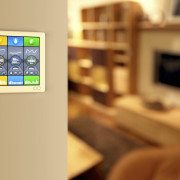