A simple but powerful tax provision could be putting money into the pockets of HVAC contractors/designers and building owners.

This obscure tax deduction is known as 179D, and it was originally passed under the Energy Policy Act of 2005. The tax incentive rewards building owners and contractors who make their commercial systems conform to prescribed efficiency standards.

The benefits of this clever tax clause are twofold: a significant reduction in the building’s carbon footprint, and a hefty reward for the building contractors/designers or owners.

Despite being renewed year after year, 179D remains underused by taxpayers who may not understand or be aware of the deduction. In fact, many recently constructed or renovated commercial buildings are likely to already meet theses efficiency standards. Several US states have built similar criteria into their statewide energy policy. Contractors and owners already meeting these energy standards should take the next steps to cash in.

For those unfamiliar with the 179D tax incentive, here is a crash course.

How much can I earn?

As a building owner, you should also account for the savings you can expect from drastically lower energy bills.

Who pockets the deduction?

Typically, the building owner will reap the rewards of the 179D tax incentive. However, government buildings are an exception to this rule.

In this case, because governments are non-taxable entities, congress has allowed for them to allocate the deduction to the contractor/designer primarily responsible for designing the energy efficient systems. This puts contractors in charge of government projects in a unique position to earn a massive 179D tax break.

What are the qualifying energy standards?

The building’s efficiency will be measured in comparison to a basic ASHARE 90.1-2001 baseline standard. These have been a benchmark for commercial buildings since their inception more than 35 years ago.

What counts as a commercial structure?

The definition of commercial structures encompasses a wide-range of buildings, but in general, it refers to any building used for commercial purposes. Also, all government buildings qualify; schools, police stations, prisons, post offices— you name it.

Multifamily homes with less than four stories and manufactured homes do not qualify along with religious buildings and other non-profit organizations (which are already tax exempt).

What is the timeframe?

As of now, you can claim your benefits on projects built through Dec. 31, 2014. However, that date could change once Congress revisits the tax break this year.

Since its inception, 179D has been extended by Congress every year to include another year of projects. Although it is technically not in effect this year, there is a strong chance it could be extended to include all 2015 projects out through the end of 2016.

How do I make a claim?

A third party expert must verify the building’s efficiency before you can claim a deduction.

Once you receive the proper documentation from the 3rd party verifier, you can claim the deduction on your tax return.

Building Owners may claim the 179D Deduction in the current year tax filing with Form 3115 for improvements made as far back as 2006, eliminating the need to amend any previous year returns.

Are there any restrictions on technology?

A wonderful aspect of 179D is it doesn’t detail how contractors should meet energy efficiency standards, leaving the door to innovation wide open.

Further, there are no size limitations to the HVAC technology used in a qualifying commercial structure.

HVAC technology accounts for a large part of any building’s total energy consumption at roughly 40 percent (depending on the climate). Thankfully, 179D encourages and rewards innovation in this area by giving designers and contractors the freedom to find new solutions to ineffective HVAC systems.

Perhaps not coincidentally, projections by Navigant Research show revenues from energy-efficient HVAC skyrocketing in $47.5 billion in 2024.

Geothermal and thermal storage HVAC systems are proving particularly effective in reducing HVAC-related costs. The two technologies could be a boom in beating the ASHARE standards. 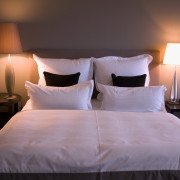 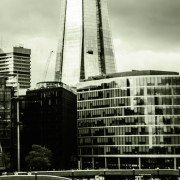 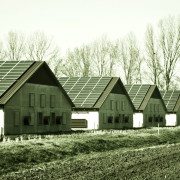 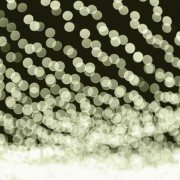 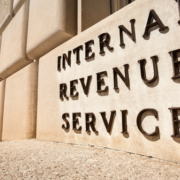 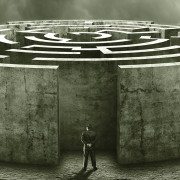