At the end of 2020, the energy tax incentive industry after years of lobbying got a huge win with  §179D being made permanent and the one-year extension of §45L Tax Credit (§179D residential little brother). Together, the extension of the legislation also brought some changes to the qualification standards used in order to substantiate the energy saved for qualification which for §179D can be up to $1.80 per square foot.

The tax law has now given the Department of Energy the ability to revise the ASHRAE 90.1 standards that are referenced when modeling buildings that claim the §179D Tax Deduction. As part of the Consolidated Appropriations Act of 2021, the tax law would require that the applicable ASHRAE 90.1 standards used when modeling buildings for §179D be the standard that was published no later than two years prior to the beginning of the construction, BUT prior to this being made applicable this change has to be approved by the Department of Treasury and Department of  Energy in order to become effective, the time table for this approval is yet to be determined.

It is only a matter of time before the Department of Energy applies these changes to the reference standards. Building owners and designers who are looking to take advantage of the very lucrative §179D deduction on their future development or energy-saving projects, should be mindful during the design and include the increased ASHRAE standards as part of the design process. Walker Reid Strategies is happy to help review and consult our clients to determine qualification for §179D on past and future projects. Now that the incentive has been made permanent, the paradigm will slowly shift from a retroactive approach to a proactive approach when it comes to §179D projects in the future. This will bring a refreshing change to the way this incentive can be monetized by building owners in both the public and private sectors.

David Diaz is Managing Partner and thought leader at Walker Reid Strategies, one of the leading providers of energy tax incentives (§179D Tax Deduction and §45L Tax Credits).  Over the past 12 years Walker Reid has been assisting CPA’s, Specialty Tax Firms, Architects, Engineers, Building Owners, Developers and ESCO’s to maximize the certification of energy tax incentives in both the private and public sector. 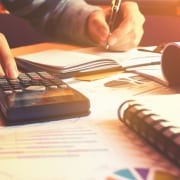 When It Makes Sense to Use the Section 179 Tax Deduction, and When It Doesn’t 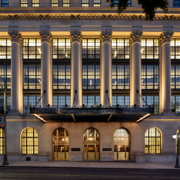 Get a tax deduction for an energy efficient building