Blog
You are here: Home1 / Blog2 / Architects3 / Case Study 1 of 8: Qualifying as a designer of energy-efficient commercial...

Published as part of the Energy Policy Act of 2005, the IRC §179D provides the framework for establishing that the necessary energy and power cost savings occur to claim the deduction.  Though more than 15 years have passed since this act became law, the IRS has yet to publish IRC §179D regulations, making the question of whether qualification has occurred a bit more complex.

The §179D deduction is worth the legwork. The US Energy Information Administration (EIA) reports that commercial buildings in the United States have ever-expanding footprints. As of 2019, more than 5.9 million US commercial buildings contained a total of 97 billion square feet.

This deduction applies explicitly to those commercial buildings that notably reduce their interior lighting energy costs, as well as heating, cooling, and building envelope. Buildings can partially qualify for $0.60 for HVAC, $0.60 for building envelope, and $0.60 for Lighting systems. Full qualification results in a $1.80 deduction per square foot of building. The tax provision also provides a partial deduction for those systems that partially qualify.

While this applies specifically to commercial buildings, a special provision allows government building owners to allocate this deduction to their building designers if the §179D energy requirements are met. Some confusion exists regarding who qualifies as a designer on these projects.

Fortunately, the IRS has released several factual case studies that help clarify this issue. In particular, IRS Memorandum AM 2018-005 addresses two specific questions using these case studies: whether the taxpayer indeed does qualify as a designer of energy-efficient commercial building properties and can the maximum deduction be taken if the designer has only designed one system in an energy-efficient building.

The first IRS case study involves a scenario in which a government building owner entered into separate Design-Bid-Build contracts with a design team. The design team was led by an architect who engaged the services of engineers. Construction was handled by a General Contractor, who signed a contract with the owner. The building design was the responsibility of the design team, not the General Contractor. As part of this responsibility, the design team created project specifications, which received owner approval.

Though the General Contractor was not legally responsible for the project specifications, a representative provided input during the pre-construction phase. This input was an approved placement change for the planned rooftop HVAC/HW units, corresponding electronic conduit, and ductwork – this change was suggested to avoid any interference with the roof’s support structure. This suggestion did not include any technical specification changes to the HVAC/HW system itself.

Based on this input, the General Contractor requested a portion of the §179D deduction from the government building owner, and the owner provided the allocation. But was this correct?

The IRS ruled that this request should be disallowed based on a few facts.

Under section 3.02 of the Notice, a designer is defined as a person “who creates the technical specifications for the installation of energy efficient commercial building property.” This section also spells out who is excluded from this, which can include the person or entity that merely installs the equipment, among other excluded roles, such as maintenance. In this instance, energy efficiency decisions were not the purview or responsibility of the General Contractor, making the claim for an allocation of the §179D deduction incorrect.

David Diaz is a partner at Walker Reid Strategies, a licensed professional engineering firm specializing in performing §179D studies and §45L certifications. Mr. Diaz is an expert in energy efficiency and specialty tax services who shares his insights at www.walkerreid.com and online through webinars. For more information, contact him at ddiaz@walkerreid.com 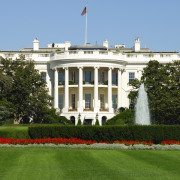 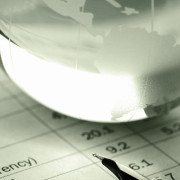 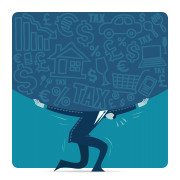 Case Study 2 of 8: Qualifying as a designer of energy-efficient commercial building...
Scroll to top