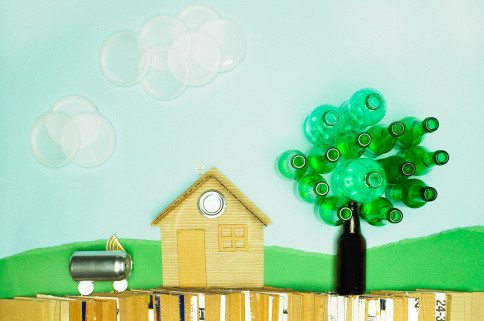 It would be remiss to look back at the history of the Green Movement without defining its true origins. When the first humans foraged for food, they never worried about contaminants or pollution. So, it can be said that modern humans, especially since the advent of the Industrial Age, have managed to ignore the warnings the ancients all knew so well, that respect for the environment was essential to the quality of life.

What Price Convenience and Creature Comforts?

As time passed, attitudes of convenience and creature comforts manifested into the gradual decline of the environment. During the Middle Ages, the biggest source of polluted air came from burning coal for fuel. The first nod to the Green Movement came in 1285 when thick smog from burning coal became an obvious health problem. In 1661, John Evelyn, perhaps the first most vocal environmentalist, wrote, “Fumifugium, or The Inconvenience of the Aer and the Smoak of London Dissipated”. By 1892, the first environmental organization, the Sierra Club was formed by John Muir, in San Francisco, CA. Today, the Sierra Club is the world’s largest grassroots organization focused on environmental issues.

It appears that when pollution-related disasters began to occur more frequently as a result of the Industrial Age, the U.S. first recognized the need to protect, air, water and soil shortly after World War II. The Federal Water Pollution Control Act was passed by Congress in 1948. Amendments were added in 1956, 1965 and 1976.

At this time, industrial pollution seemed to be the primary focus. This was due to the large numbers of steel, fuel, and chemical manufacturing plants. In 1948, 20 people died in Donora, Pennsylvania due to sulfur dioxide emissions from a steel and wire producing plant. It wasn’t until the 1950s that the focus on the Green Movement began to prevail in the spotlight. Dignitaries like President Eisenhower, Jacques Cousteau, and William Paley helped promote legislation to protect the environment and reduce pollution.

During the 1960s, the Modern Green Movement was a recurrent issue among college students across the U.S. and also among the “Flower Power” hippies who promoted the ideas of protecting the Earth and living a more homeopathic, organic lifestyle. Many of these young adults began to promote urban, rooftop gardens and recycling, while also keeping the pressure on the government to clean up air, water, and soil pollution.

In 1962, Rachel Carson’s book, Silent Spring, “documented the detrimental effects on the environment—particularly on birds—of the indiscriminate use of pesticides. Carson accused the chemical industry of spreading disinformation and public officials of accepting industry claims unquestioningly.”

Perhaps, Carson’s book was prophetic. In 1978, the worst industrial disaster took place in Love Canal, NY. This was the site where a school and homes were built atop soil beneath which 21,000 tons of industrial waste had been dumped during the 1940s and 50s. Love Canal was the catastrophe that would incite environmentalists to further their efforts to create a Green Movements across the country. Armed with strong evidence that reforms were needed in industries and lifestyles, environmental lobbyists began to form a solid block of citizens concerned with ensuring their lifestyles fit seamlessly into the Modern Green Movement’s initiatives. This include:

When the U.S. Environmental Protection Agency (EPA) was created in December 1970, it was in response to the growing need to protect the environment. The Green Movement is founded upon the principles of a safe, healthy surrounding.

How Does the Modern Green Movement Fit into Today’s Hi-Tech World?

Today, climate change is the most talked about environmental issues. Social media is the Modern Green Movement’s best ally in the effort to help everyone reduce their carbon footprint and spotlight areas that need change.

Through the Green Movement, the U.S. government has passed 2009, “Clean Energy Act,” which is designed to reduce carbon dioxide emissions that create the “Greenhouse Effect” when CO2 is trapped in the atmosphere.

The Modern Green Movement is aided by technology like solar and turbine energy, instead of fossil fuels. New technology also helps in the redesign of vehicles, clothing, and furnishings to reduce waste and encourage recycling. In 2016, there are several Green Movement initiatives to protect wildlife from extinction on a global level. Since the late 1970s, attempts to save rainforests have been a major issue for many national and international groups.

Green Movement supporters question issues like genetically modified foods and effects of adding fluoride to drinking water. With so many scientific studies and volumes of documentation available from the U.S. government, the Modern Green Movement looks to the future as the challenge to protect water from chemicals like chloride in groundwater and chemicals used in hydraulic fracking that leaches into soil and water.

Although the Modern Green Movement has been mostly active in the last half century, the future of the movement has shown amazing growth in the numbers of supporters. The number of environmental organizations, in addition to the Sierra Club, includes:

In the brief history of the Modern Green Movement, the growing numbers of individuals aware of the need to live a “green” lifestyle is a testament for the desire to become involved in the continuing efforts to protect and save the environment.

Simple and Down to Earth Green Living Tips
Scroll to top